Ripped from the Headlines: School Shootings and Women in Captivity

Today I will review:

and one of the all time greats: 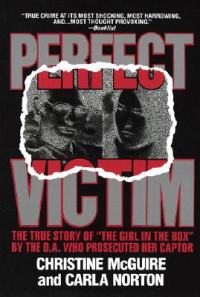 Here are links to the books on Amazon:
Murder of Innocence
Cellar of Horror
Perfect Victim

I'm waiting for the definitive Fritzl book to come out, but I believe we'll have to wait for many years to get the full story. And of course there are the survivor stories-- Jaycee Lee Dugard's memoir and Elizabeth Smart's... 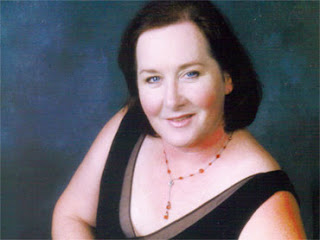 Here's a link to the movie version of Murder of Innocence starring Valerie Bertinelli on Amazon. It's free with Amazon Prime:

Josephine Rivera, the survivor of Heidnik's hell hole, gives her story.  Her testimony is unbelievably sad and chilling. [and, despite appearances, she is wearing clothes, a white tube top]

Remember friends, be nice to each other!

Posted by TrueCrimeMaven at 3:47 PM No comments: A couple notes/corrections:
I think I said Jack "Mitchum" when I meant to say Ketchum. Here's a link to his book on Amazon:
The Girl Next Door
I also say "Batress" instead of "Mattress" because I'm getting over a cold.

Here is a picture of Gertrude in 1985 when she was paroled: 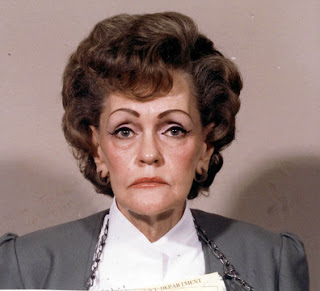 She died a few years afterwards. 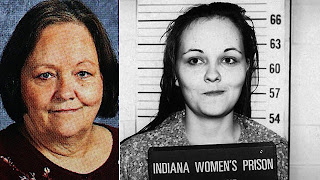 Her daughter Paula tried to turn her life around but has been unable to shake the stigma of her adolescent actions.

Here's the trailer for An American Crime, which tells a version of Sylvia Likens' ordeal. I did not agree with some of the directorial choices--I think Gertrude's sexual motivation was downplayed or ignored and her medication was played up-- but a lot of viewers found it moving. Since I wasn't there, my version would be as speculative as this one....but of course, I think I'm right.

I suggest you read the book first and draw your own conclusion.

Here are some other important related links:

Remember friends, be nice to each other!

Posted by TrueCrimeMaven at 12:00 PM No comments:

TrueCrimeMaven
I'm an independent filmmaker with a pretty big true crime library. I've created this blog to help people find some good, gruesome reads. I'm not a forensic psychologist, but I love to speculate and bullshit as if I am. Please do not accept my conclusions as fact or my opinions as authoritative-this blog is not a substitute for your own research. It's just me spouting off about true crime books.